Another week, another chance to write on a one-word prompt for only five minutes. We set timers, type quickly, and let it flow without criticism. Then, we link-up our posts so we can read others' posts and they read ours and we have a community that grows from one word each week.
Five Minute Friday.

This past weekend, I participated in my first triathlon. Before you conjure up visions of Iron Man and 26 mile marathons, let me assure you this was nothing that difficult. It was called a "Tin Man" and was a "sprint" distance. 1/2 mile of swimming, 12 miles of biking, and a 5K (3.11 mile) run at the end.
I've no good explanation for what drew me to attempt this feat, other than I've seen it advertised in our paper for the past few years and I thought "I'd like to try that sometime."

Two years ago a friend talked me into running a half-marathon. It took me 2:30:58 to complete it. So my goal was to be faster than that in this race.
I tried to condition my body leading up to the race while my children were still in school. Then we all had a very rough virus in the beginning of May. Mother's Day was a stay-at-home, chicken-soup kind of day this year. We all survived, but I didn't begin training until May 30. An all-day hike to some gorgeous waterfalls. I would joke with my friends that "slow and steady wins the race". I also referred to myself as "Tammy the Tortoise."


Not bad. My bike ride was slower because I was not really "racing" the bike. (And I am afraid of fast biking, so I was holding the brakes a lot on the other side of the large hill at 8 miles instead of coasting up to 30 miles per hour)
When it came to the run, I tried. And? I. Could. Not. Run.

I never walked a step of the half-marathon, so to say I felt disappointment is an understatement. My split time after biking was 1:17, so I knew it was possible to finish the race in 2 hours. My friend caught up to me and passed me.
That was just before the aid station, with only half the run left. After I turned around back toward the finish line, I cried. Ugly cried. So ugly you cannot close your jaw because you are sobbing your face off cried. All the extra Carbon Dioxide finally exited my body and I was able to begin trotting again. I would count to 20 with walking steps, then count to 20 with jogging steps. I kept trying to increase the jogging steps.
Soon, I was near the finish line. I was at the chain link fence around the bend, so I began to jog, then sprint, then I began to leap. My husband thought I was joking around. He couldn't believe I was pumping my arms and hopping as far as I could jump, but that's all I had left.
My final time? 1:59:56.
Only four seconds under the 2 hour mark. 7 out of 10 in the women's division. Racer #10 did not complete the race after the first two legs.
You'll never know what you can do if you don't try.
I felt betrayed by my inability to run. I really thought I could do this without walking, but a wise friend shared with me this week, "The fact that you tried and you succeeded may inspire somebody else to do something they never thought they could do."

Go ahead and try. Persistence is praiseworthy.

*Confession, I had to take more than five minutes in order to add photos and captions, but I really wanted to share this with you.
Posted by Tammysincerity at 7:11 PM 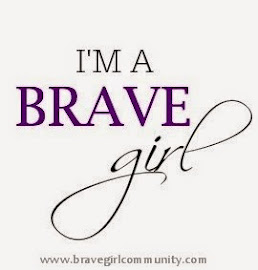